The masons have inspired fictional organisation seen in numerous video games. Sometimes the main character belongs to them. Other times their key mission is to destroy them. The latter is a common trope of action games.

This game series follows characters who belong to two rival secret societies. The Assassins are experts when it comes to covertly eliminating their enemies. The Templars on the other hand like to stay in the shadows and influence world events. In terms of their similarities to masons, the Templars stand out the most.

In this grim detective action game a cop delves into the dark underworld. He comes across an insidious order of criminals who run many different illegal activities. After infiltrating them, the hero must then completely destroy the society. 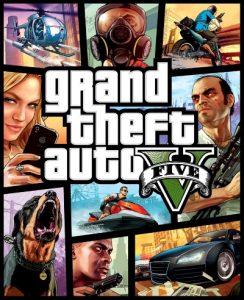 In this open world game, there is an organisation known as the Epsilon Program. Characters must perform tasks for them and are then allowed to become members. This society has several parallels to freemasonry. This includes the fraternal comradeship amongst each member and their secretive nature. There is another group in the game called the Altruists who are similar but more sinister.